It is our sincere hope that supplemental donations of specialized training and equipment provided by the HCSO Foundation for the HCSO will reduce the risks of loss of life, injury or harm of our deputies while in the line of duty. 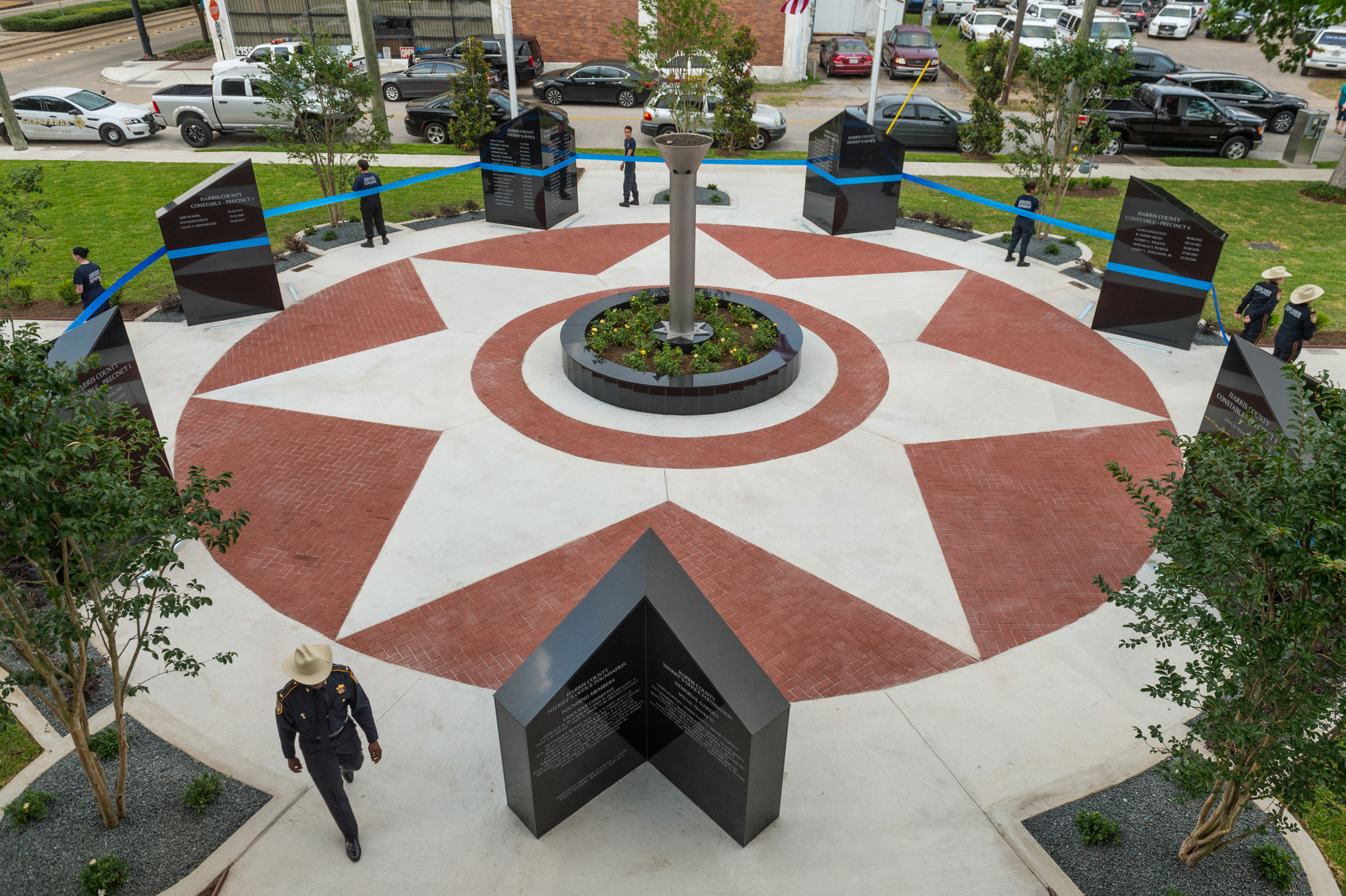 At the request of former Sheriff Adrian Garcia, the HCSO Foundation agreed to fully fund the design and construction of a HCSO Memorial Garden that would respectfully honor the memory of the fallen peace officers of Harris County. 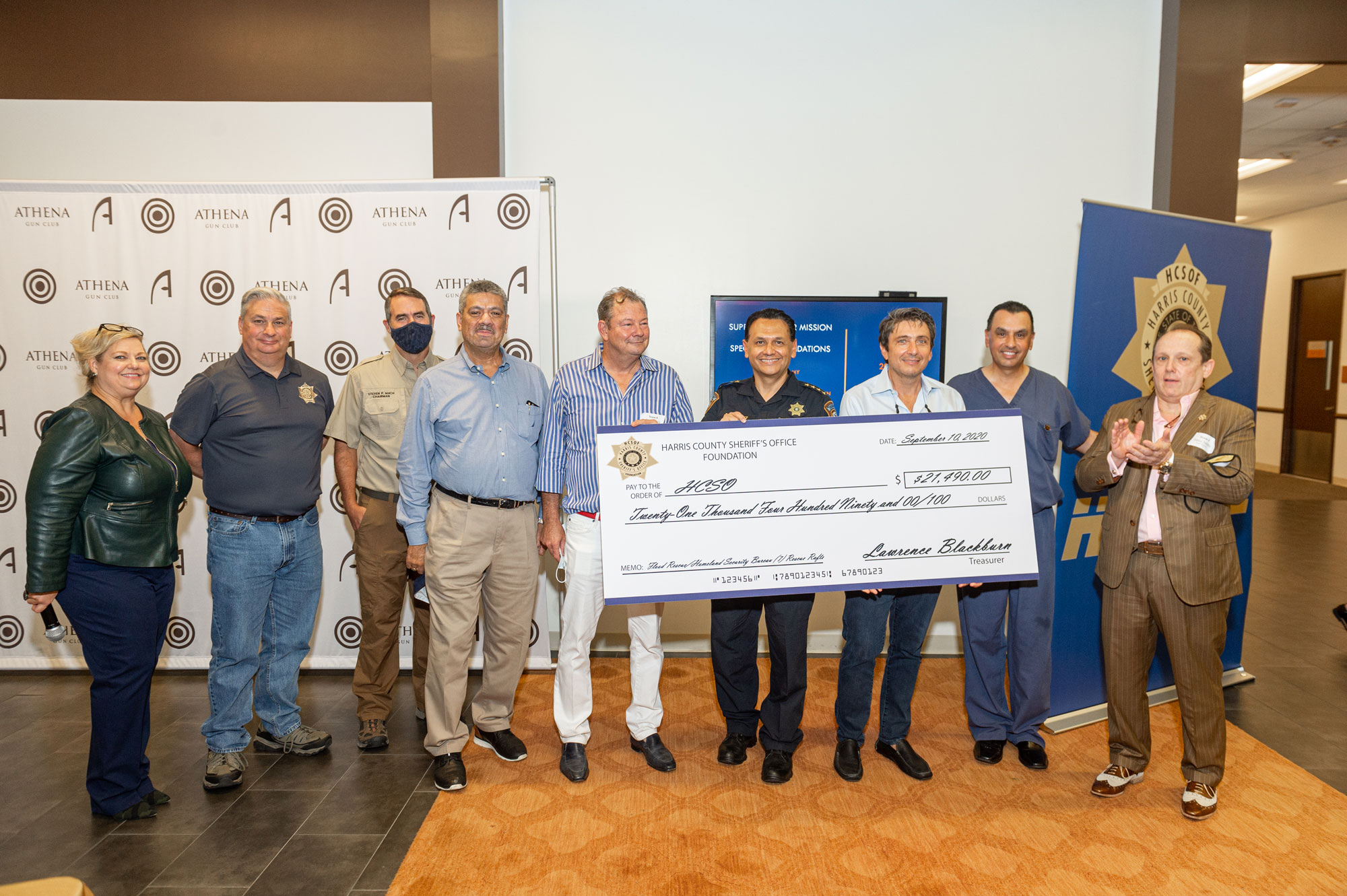 Given the frequency of flooding events within Harris County and the Greater Houston area, the HCSO Foundation recently donated (7) rafts for use by the Harris County Sheriff’s Office deputies for high water rescue calls.

A portion of the donation was made possible due to the generosity of our community partners, CITGO and LyondellBasell. 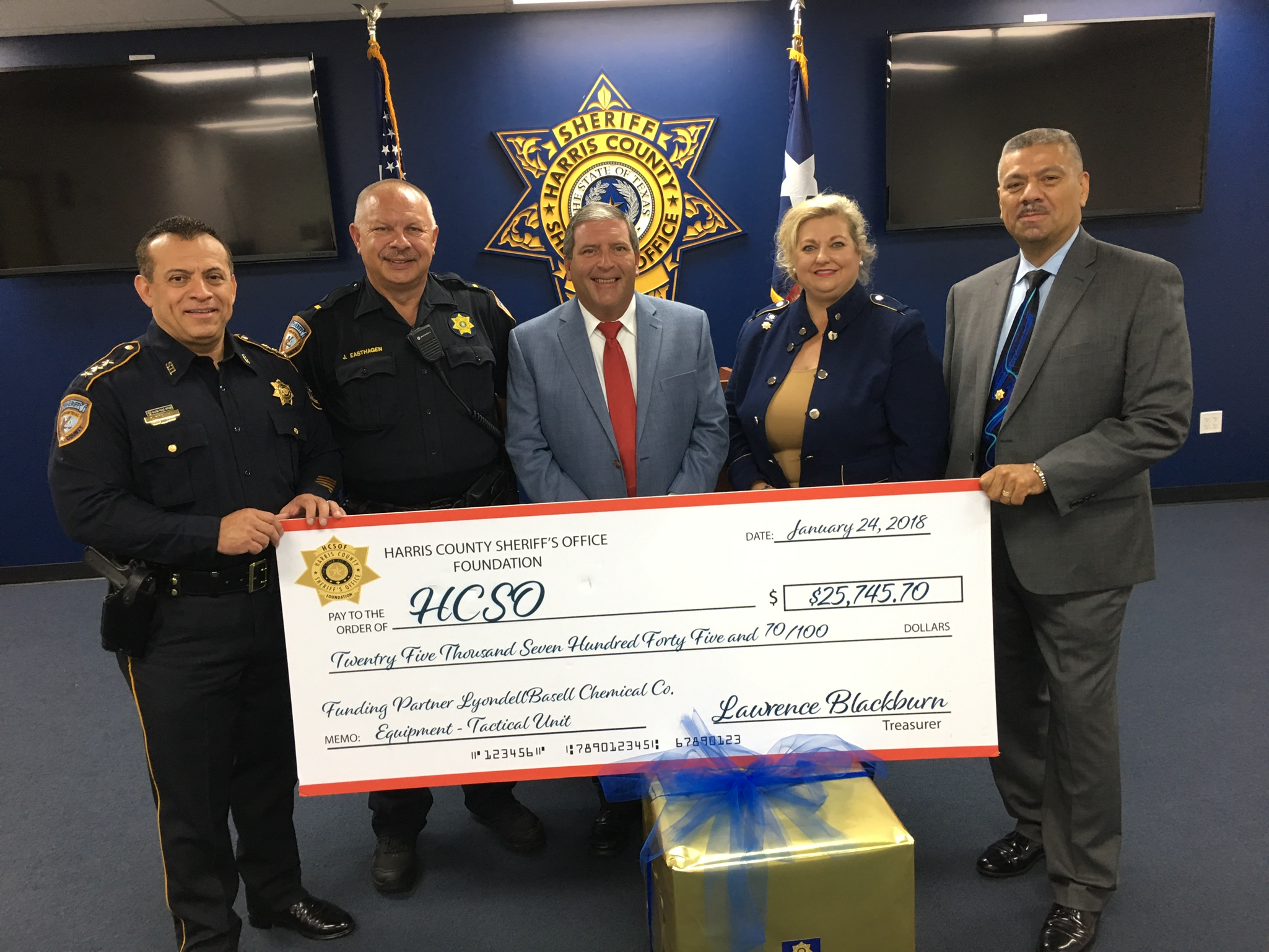 Made possible through a joint donation with our community partner, LyondellBasell 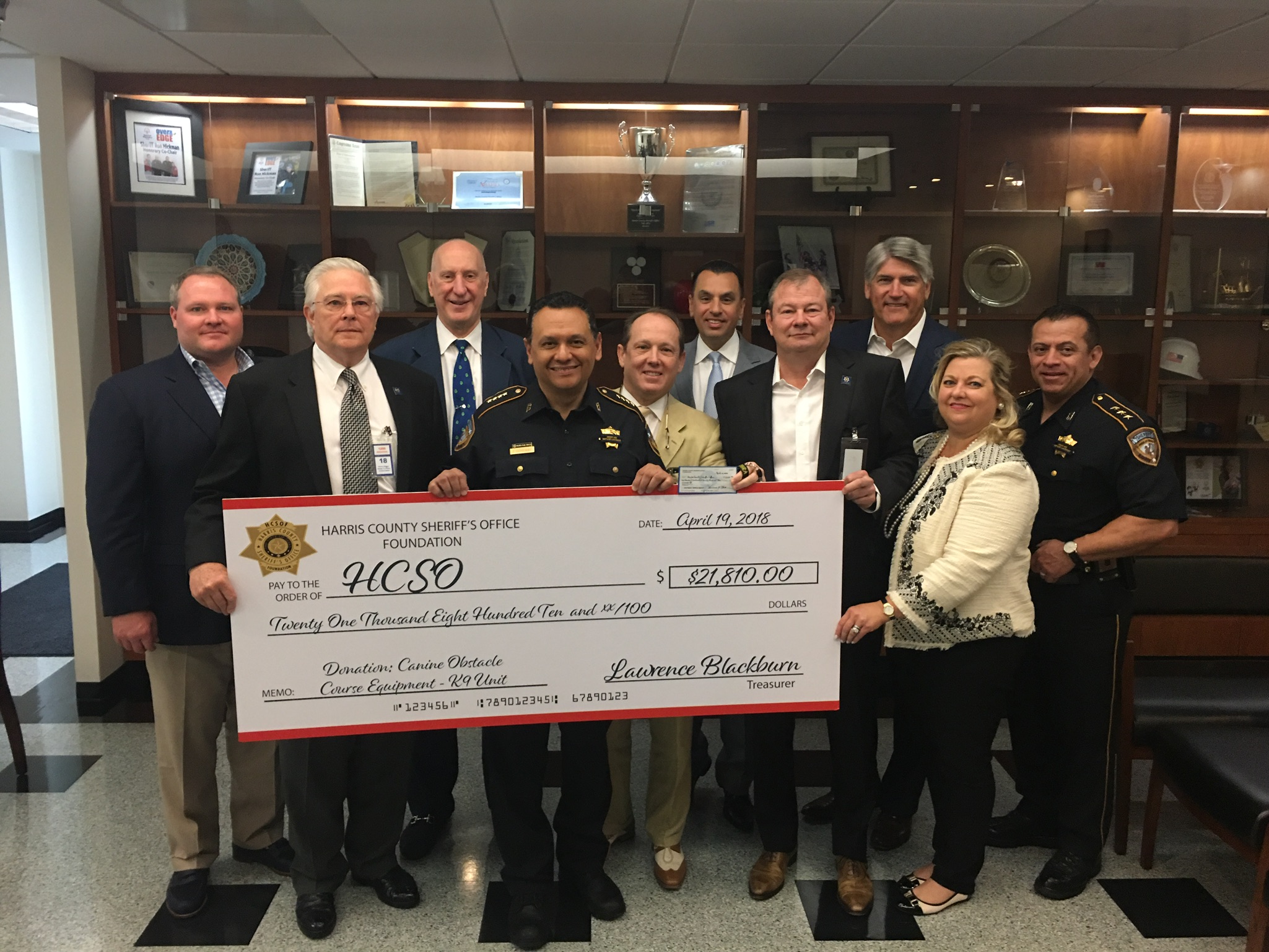 Donation of a Canine Obstacle/Agility Course utilized for training and evaluation of canine officers in criminal apprehension, obedience, control regular maintenance training and annual certification. Importantly, the HCSO canine training course is significant to the Greater Houston and surrounding Gulf Coast region as it serves as a training facility for other regional canine law enforcement units including: 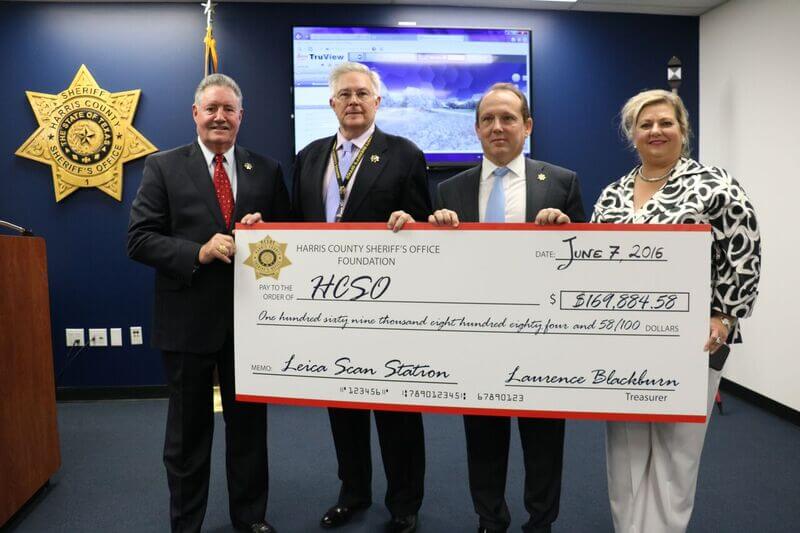 This state of the art technology provides a completely objective 3-Dimensional computerized scan of crime and accident scenes for a more technologically accurate and complete investigative process.

At the time of the donation, in 2016, this specialized 3D Digital ScanStation was 1 of only 5 available to all law enforcement agencies within the entire state of Texas. 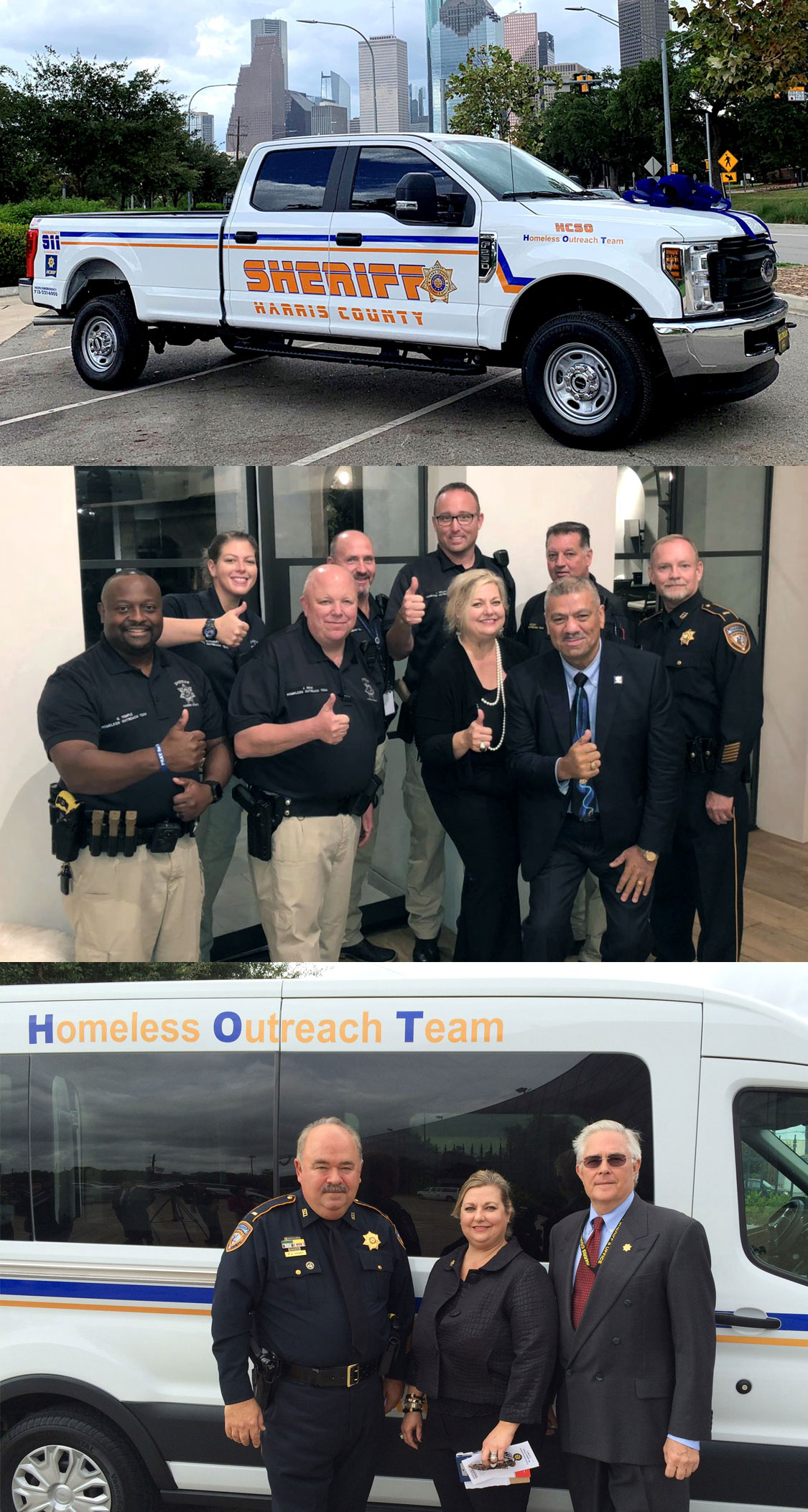 The Harris County Sheriff’s Office, (HCSO) has indicated that it is sensitive to the struggles of the homeless within Harris County and that the department seeks to proactively engage with the homeless and to connect homeless individuals to existing service providers within the community when appropriate.

The Homeless Outreach Team, (H.O.T.) was first launched as a pilot program in October of 2015 by the HCSO. Essential funding support for the H.O.T. pilot program was made possible by private donations by concerned citizens to the HCSO Foundation.

The deputies with the H.O.T. were provided with equipment and specialized training to assist them in interfacing safely and efficiently with Harris County’s high risk homeless population.

Donated equipment included: IdentiSystem portable ID scanners and printers, an off-road ATV Mule, fully outfitted program vehicles, including a designated Chevy Tahoe and transport van fully equipped with specialized computers and supplies to assist the H.O.T. team deputies with 1) assessing and assisting members of the vulnerable homeless population and 2) the identification of high-risk transit criminals who may pose an immediate threat to the community.

Since its launch, the HCSO H.O.T. program has resulted in thousands of homeless contacts within the Greater Houston area by successfully partnering with supportive community partners including: 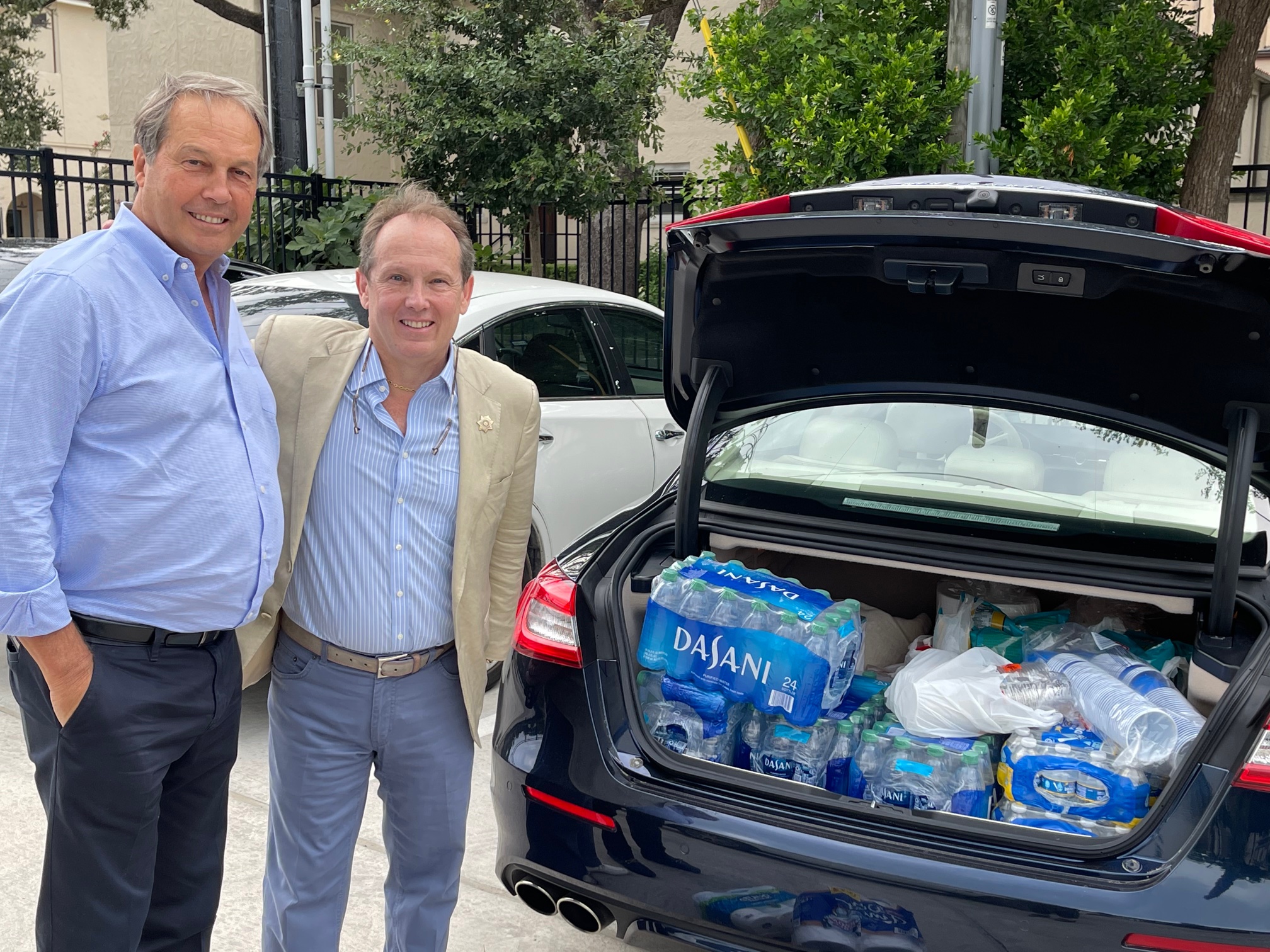 In partnership with Valobra Master Jewelers, The Harris County Constable Precinct 1, and St. Anne Catholic Community, The HCSOF facilitated a donation drive to assist in support of the Hurricane Ida relief effort. Hurricane Ida was a deadly and destructive Category 4 Atlantic hurricane that became the second-most damaging and intense hurricane to strike the U.S. state of Louisiana on record.

Our team was able to fill a transport truck full of essential hurricane relief items including water, paper products, diapers, pet food, and more. This truck was delivered to our Louisiana neighbors who were recovering from the devastation caused by hurricane Ida.

We are especially thankful for our many supporters and donors for coming together and promoting this donation drive to assist others in immediate need!

Funding for Curriculum resources for the HCSO Mental Health and Jail Reentry Programs including the innovative Stars and Stripes program for veterans, Evoke/Evolve program for substance abuse and addiction inmates and sex trafficking and prostitution victim reentry programs.

Full funding made possible via a private donor.